YouTube is showing videos that promote skin-bleaching, weight loss, drug culture and firearms to children as young as two, a new investigation of the company’s “Kids” app has found. YouTube Kids, an app and website released in 2015, is supposed to be a safer, curated version of the video-sharing website […]

YouTube is showing videos that promote skin-bleaching, weight loss, drug culture and firearms to children as young as two, a new investigation of the company’s “Kids” app has found.

YouTube Kids, an app and website released in 2015, is supposed to be a safer, curated version of the video-sharing website aimed at children under 13. It tailors content to three age groups: “older”, “younger” and “preschool”, roughly corresponding to those aged nine to 12 years old, four to seven, and under four.

The company says it ensures that the videos on the service are family-friendly through “a mix of automated filters built by our engineering teams, human review and feedback from parents to protect our youngest users online”. But, it cautions users “no system is perfect and inappropriate videos can slip through”.

Research from the Tech Transparency Project, a US-based non-profit, shows that the system is indeed far from perfect. Using three different accounts, each set to one of app’s age groups, the analysts discovered numerous videos that should not have made it past Google’s filters.

A Breaking Bad-themed cooking show, for instance, in which the hosts dress up in respirators and make jokes about the risk of inhaling the fumes, might be light-hearted viewing for adults or teens, but has been categorised by YouTube as being appropriate for “younger children” – as has a Minecraft project to recreate the RV, “where the crystal meth is cooked”, from the hit show.

Songs sometimes slip mature themes into the children’s app, too. Eric Clapton’s Cocaine – sample lyric “When your feeling is gone, and you wanna ride on, cocaine” – is available to children as young as five as part of a guitar tuition series.

Content aimed at gun users slips through the net, leading to younger children being shown a ranking of recoil pads, which protect shooters from the kickback of a firing gun, and older children being offered step-by-step instructions on how to build a shelf with a hidden compartment to conceal a pistol.

Most alarming was content for kids that could lead to harmful body image issues. A popular Indian beauty influencer’s post on how to apply skin-bleaching products was available for older kids, while even preschool children were shown a cartoon about the importance of burning calories to lose weight, which exhorted them to “wiggle your jiggle”.

“YouTube Kids is geared specifically to young children, even toddlers,” said Katie Paul, TTP’s director. “This is a product that, YouTube claims, does a lot of machine learning to filter out harmful content. It’s very specifically meant to be safe for children, and we didn’t expect to find the variety of inappropriate content that we did find.”

“The most shocking thing, for me personally, was seeing a lot of the drug-related content,” she added. “Of course, these aren’t pushing drugs – but a show like Breaking Bad, which is definitely meant for adults, is being mimicked to push rock candy as though it’s ‘baked meth’ using a lot of drug phrases.”

In a statement, a YouTube spokesperson said: “We built YouTube Kids to create a safer environment for kids to explore their interests and curiosity, while giving parents the tools to customise the experience for their kids. We have a higher bar for which videos can be a part of the app and also empower parents to control what content their child can and cannot see. Upon review we have removed or age-gated a number of the flagged videos from the Kids app.”

Paul argued that the results showed “that algorithmically curated content should not be marketed for kids. This is just another example of the fact that even when a company says they’re putting their strongest efforts towards protecting children towards curating this content, we’re still seeing harms getting through to some of the most vulnerable populations”.

The UK and EU have led the way globally in regulating services like YouTube kids, Paul added, but she said US Congress needed to do its part.

She said: “Ultimately, we are talking about American companies. And it is US Congress that should be leading the way in developing stronger regulations to ensure that these companies are not causing harm to children.”

What ‘work of the future’ means to 5 business leaders

Fri May 6 , 2022
open share links close share links Leaders preparing for work of the future often focus on data and technology, which are already fueling artificial intelligence and algorithms that are transforming the workplace. But human workers shouldn’t get lost in the shuffle. Savvy managers are arming employees with the skills they […] 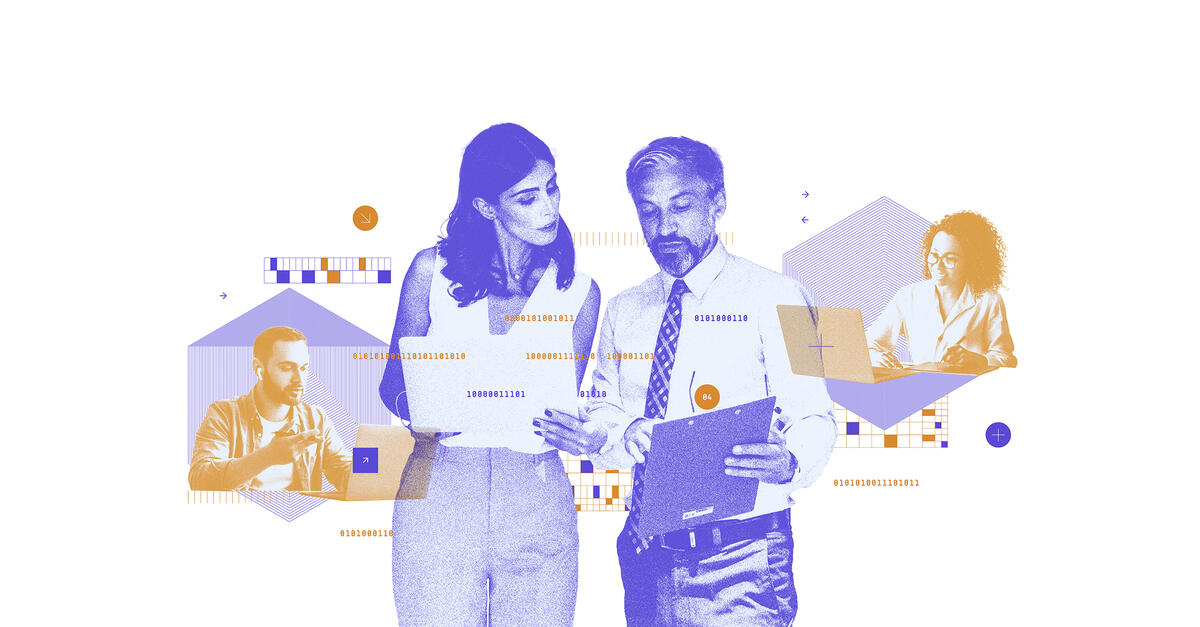