The development of military technology is essentially a cat-and-mouse game, where a country must constantly develop new technologies to stay ahead of its adversaries.  Part of this game involves forecasting out future needs and determining the underlying technologies. As such, the U.S. National Science and Technology Council published its set of […]

The development of military technology is essentially a cat-and-mouse game, where a country must constantly develop new technologies to stay ahead of its adversaries.  Part of this game involves forecasting out future needs and determining the underlying technologies. As such, the U.S. National Science and Technology Council published its set of Critical and Emerging Technologies (CETs) on Tuesday, which highlights the technology areas that are perceived as being key for U.S. national defense. This list serves as guidance for defense research, development, and acquisition efforts and prioritization.

The five new technology areas in the CET list are hypersonics, directed energy, renewable energy generation and storage, nuclear energy, and financial technologies. These additions are not surprising, given recent military developments. Indeed, the U.S. military has numerous efforts tied to each of these areas; however, by adding these technology areas to the CET list, the Department of Defense is elevating their importance.  Further, the inclusion of these technology areas provides insight into the capabilities that the U.S. military forecasts as needing in future wars.

The first new technology included in the CET is hypersonic weapons, a field that has seen significant growth and investment over the past year. Hypersonic weapons can achieve speeds in excess of 10,000 mph, while still maneuvering at low altitudes. The combination of speed and maneuverability makes hypersonic weapons difficult to track, and there are currently no systems to counter them. China and Russia have already developed hypersonic weapons, and most other countries, including the U.S., are investing heavily in developing their own offensive and defensive capabilities.  Last week, the Pentagon met with executives from the defense industry to stress the urgency of hypersonic weapons.

The third new CET is renewable energy generation and storage. The Achilles heel of modern militaries is their reliance on fuels. For example, during the Global War on Terror, fuel convoys were a common target; these convoys would likely make for an attractive target in future wars. This technology area focuses on both reducing fuel consumption and identifying replacements for fuel. One attractive option is “edge-sustainment” where energy is harvested from local sources. This includes renewable energy, such as solar, as well as producing biofuels from locally procured organic material.

Tied into the need for renewable energy is the fourth new CET — nuclear energy. The U.S. Navy already uses nuclear power for its aircraft carriers and submarines, so advances in nuclear energy would enhance the fleet capabilities. Furthermore, the Department of Defense has an initiative called Project Pele, which seeks to develop small, portable nuclear power systems capable of powering a forward operating base. Overall, nuclear power provides an opportunity to reduce supply lines while providing troops with continuous, reliable power.

The first four new CETs are in line with recent military investments. However, the fifth new CET, financial technology, is not. The National Science and Technology Council specifies that this technology area consists of distributed ledger technologies, digital assets, digital payment technologies, and digital identity infrastructure. The inclusion of this technology area is likely due to the expectation that future wars will be multi-domain, including the financial domain. As such, a military could try to disrupt another country’s economy through financial technology. Meanwhile, the country must safeguard its own economy from such an attack.   Moreover, digital currency is an enabler for terrorist groups, so denying them access to funds would limit their capabilities.

These five diverse technology areas align with the move by the U.S. military to “multi-domain operations” where they are expected to fight battles across multiple domains. Hypersonic weapons and directed energy weapons are intended to be strategic assets that provide standoff from the enemy. Meanwhile, addressing energy challenges is key for conventional warfare including providing power to aircrafts, ships, and “boots on the ground.”  Meanwhile financial technology is a new domain that could play a major role in future wars.

Inherently, as time progresses, war gets more complex, as does the underlying technology. The new set of CETs released by the National Science and Technology Council should pose the U.S. military to be ready for this complex battlefield.

Fri Feb 11 , 2022
An investment in knowledge pays the best interest, said the man whose face graces the $100 bill. So far, that hasn’t been the case for investors in education technology companies. Chegg, the seller of a $19.95-a-month study pack subscription for college students, saw its market capitalization cut in half in […] 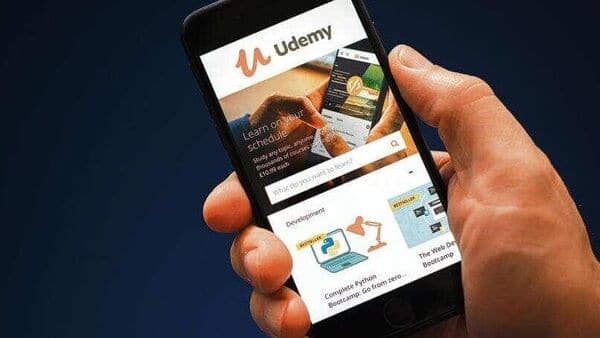