In this day and age, it’s not unusual to own wearable tech that monitors your vitals and your movements and then distills everything into data that’s delivered to you on a phone screen. Soon, we’ll be able to do the same thing with the light of our lives: our pets, […]

In this day and age, it’s not unusual to own wearable tech that monitors your vitals and your movements and then distills everything into data that’s delivered to you on a phone screen. Soon, we’ll be able to do the same thing with the light of our lives: our pets, which will open us up to keeping track of their daily health and potentially alert us of health issues before they even develop.

This year’s Consumer Electronics Show (CES) came and went last week, with the world’s biggest tech convention bringing both in-person and socially-distanced showcases of countless gadgets that, allegedly, will improve upon our multi-faceted lives.

The very-near future of tech is shaping up to be punctuated by innovations that are not only fascinating to think about but are also solving real-world problems.  For example, a startup called Labrador debuted a domestic robot called the Retriever (get it?), which can bring things from around the house to persons with limited mobility.

Much of the new tech that made its debut built upon the fast-growing smart home ecosystem that’s being integrated into the lives of anyone who has the cash to throw down on it, and wants to integrate technology into their everyday lives. For better or for worse, tech’s presence in our lives isn’t going away anytime soon.

Smart home tech has advanced rapidly beyond lights that we can turn on, off, and dim with a voice command. Companies want to make it part of every mundane aspect of our lives. Last year saw new styles of Kohler’s touchless toilets hitting the showroom floor. This year continued the trend of hands-free appliances and gadgets with things like a sink you control with hand gestures and a new robot vacuum cleaner that mops your floor to the tune of $1,400. In the context of the fact that we’re still living through a global pandemic where handwashing and cleaning are at an all-time high, we, for one, welcome our new robot overlords.

On the other hand, we’ve been side-eyeing some other smart devices, like a smart bathroom mat that measures your weight and body composition. But, admittedly, it comes with some positive features, like checking your posture and offering advice on how to improve it. Just reading that was enough to make me sit up straight.

At this year’s tech conference, there was also a lot of artificial intelligence, virtual reality and the metaverse, and electric cars, the latter of which we hope to see become more affordable so that sustainable personal transportation isn’t just a shuttle for the wealthy. (Meaning the road-to-air electric vehicle that can whisk you away to your private mountain lair, or whatever it is that the ultra-rich do, is right out.)

CES also brought us a lot of smart innovations, like wearable tech for pets, cheaper solar panels, a bird feeder that helps us track avian populations, and more. Here are some of the top devices that caught our attention:

A startup named Bird Buddy debuted a smart bird feeder that collects snapshots of avian visitors for your delight. It’s made from recycled plastic, solar-powered, and the data collected is sent to a database used by experts to better understand and protect our feathered friends. 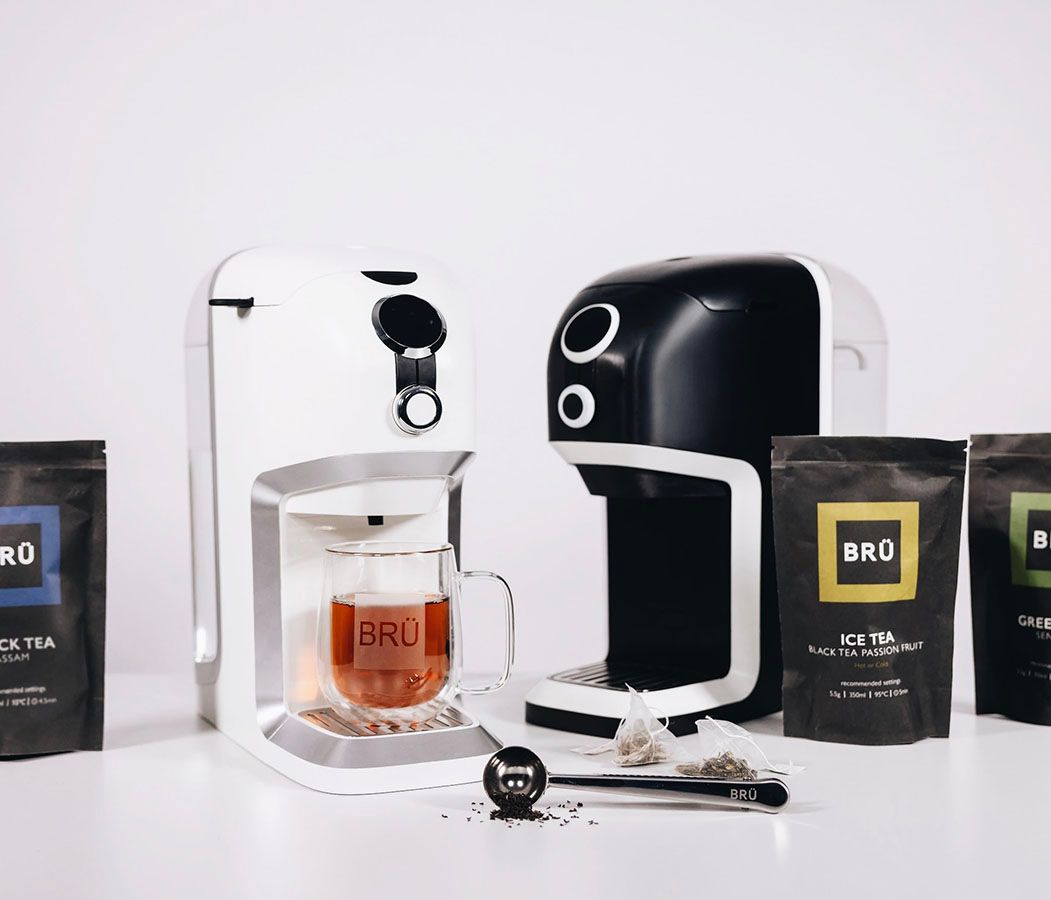 A machine that brews the perfect cup of tea

The BRÜ Maker is like a coffee pod machine for tea without the single-use plastic. This smart device allows full customization of brew time and water temperature for every kind of tea. It also works with the Ethical Tea Partnership, which works toward a fairer, more sustainable industry. 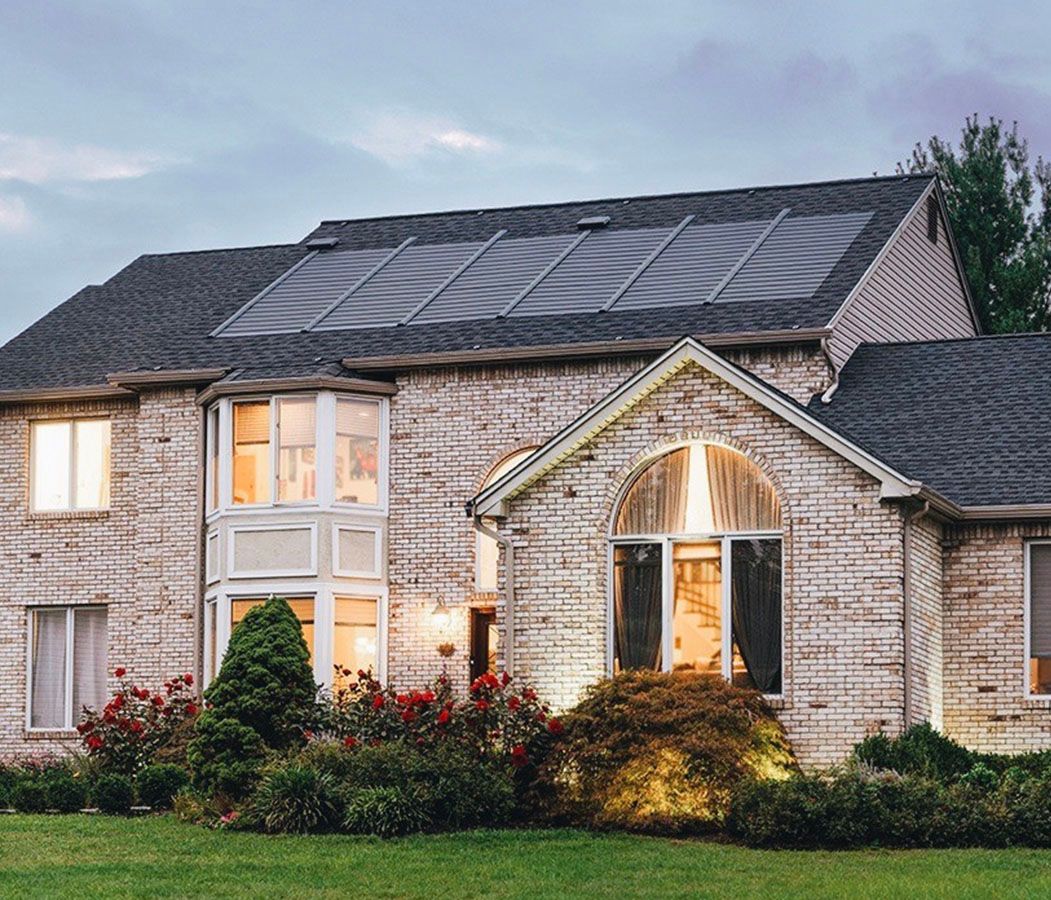 GAF Energy’s new Timberline Solar panels took home innovation awards in the smart cities and smart home categories for a good reason. Not only is the price 50 percent lower than Tesla’s solar roof, but it can also quickly and easily be installed with a nail gun. 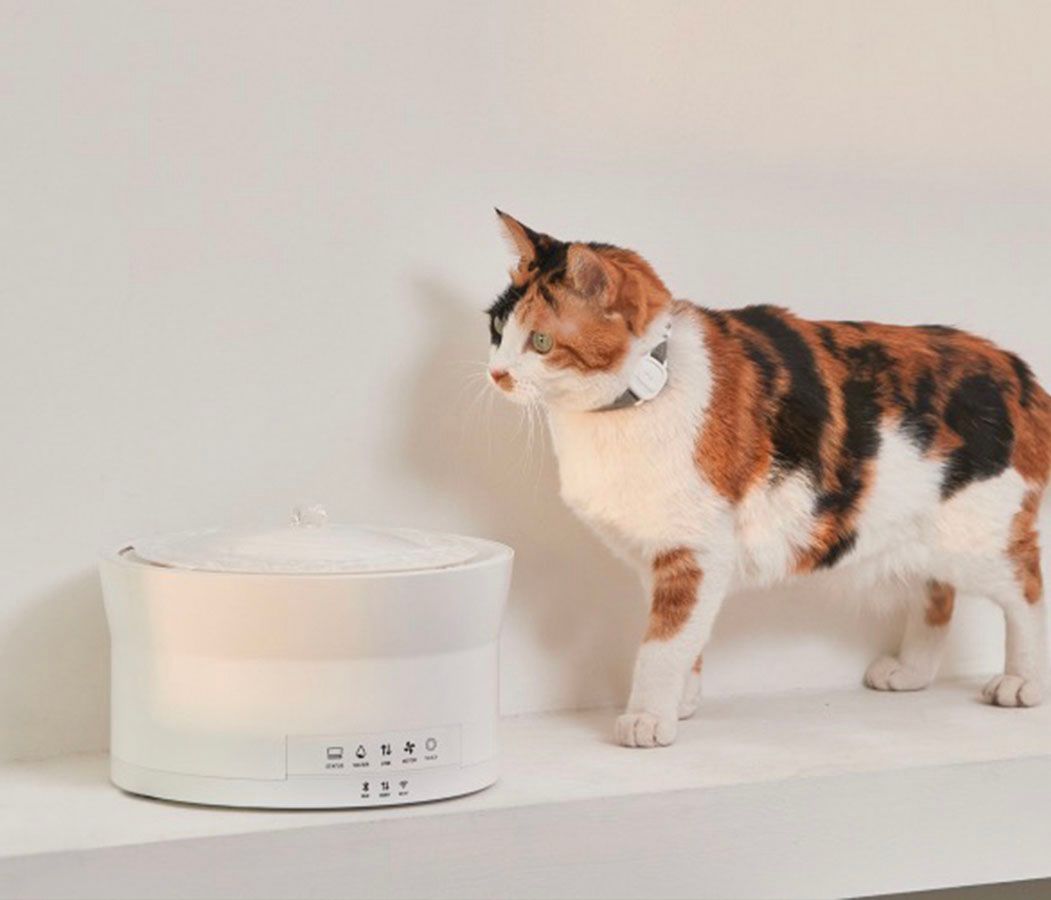 Did you know that many cats won’t drink standing water? It’s likely a remnant of their pre-domesticated lives where stagnant water was home to pathogens. Today, many cat diseases are related to dehydration. This smart fountain by PurrSong encourages hydration and lets you know how much kitty is drinking. 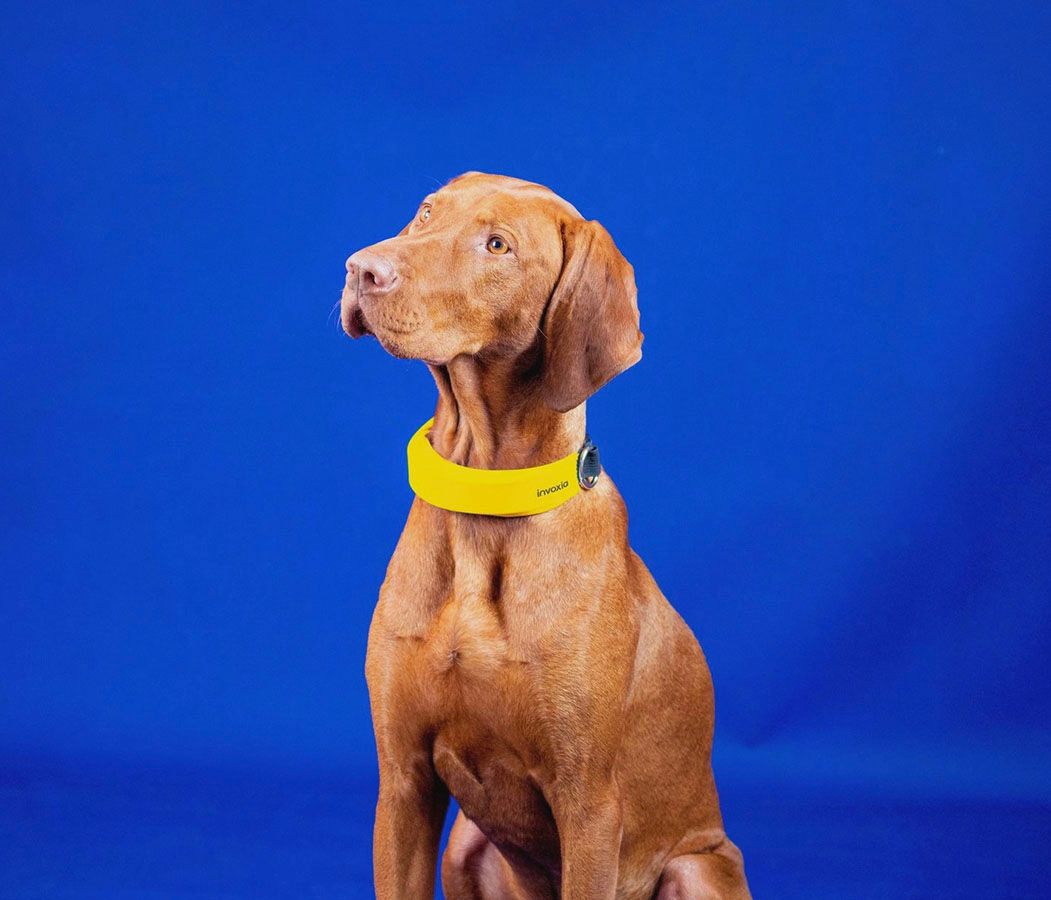 Now your dog can sport their own wearable tech. Invoxia’s smart dog collar monitors your dog’s vitals, such as their heart rate and breathing, both of which can indicate conditions and help bring peace of mind about your pup’s health in between vet visits. 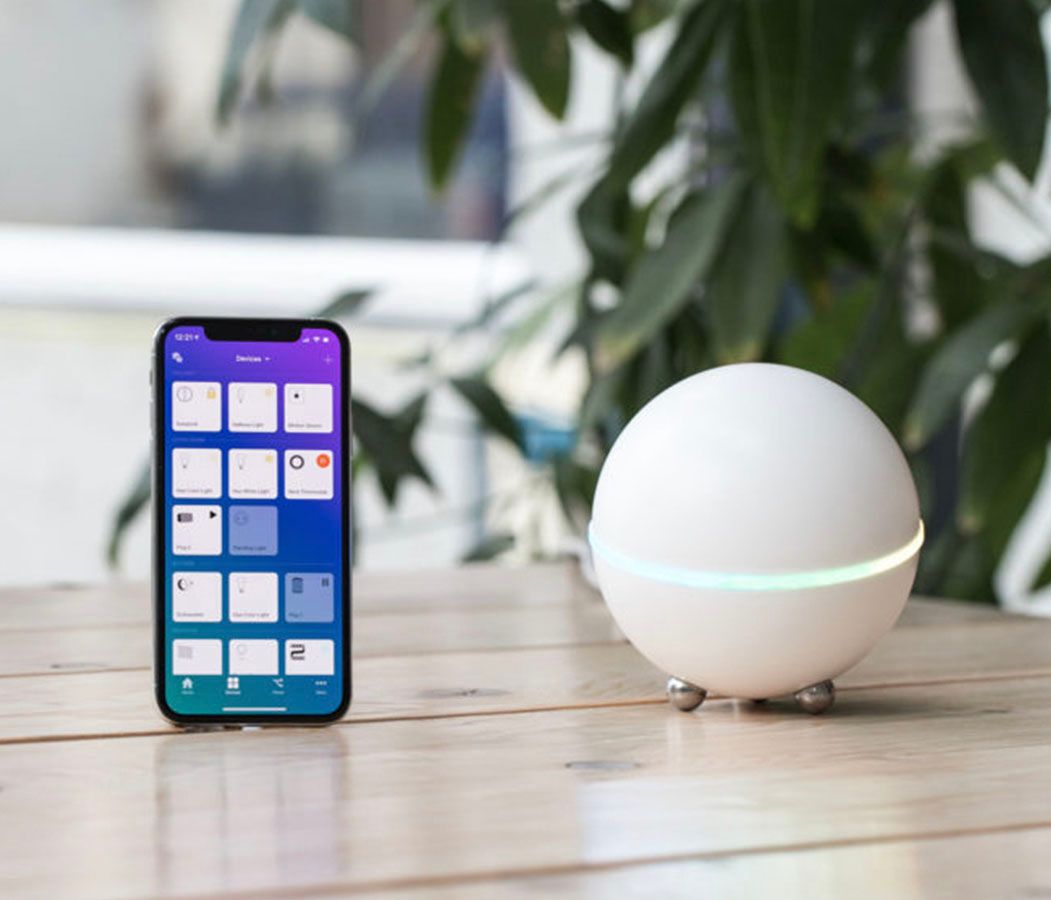 A smart home assistant that measures energy use

Privacy is a big concern for those wary of having a smart home. A company called Homey promises to keep your data safe with an app that lets you control all of your devices. It also analyzes energy use in real-time and suggests ways to save electricity. 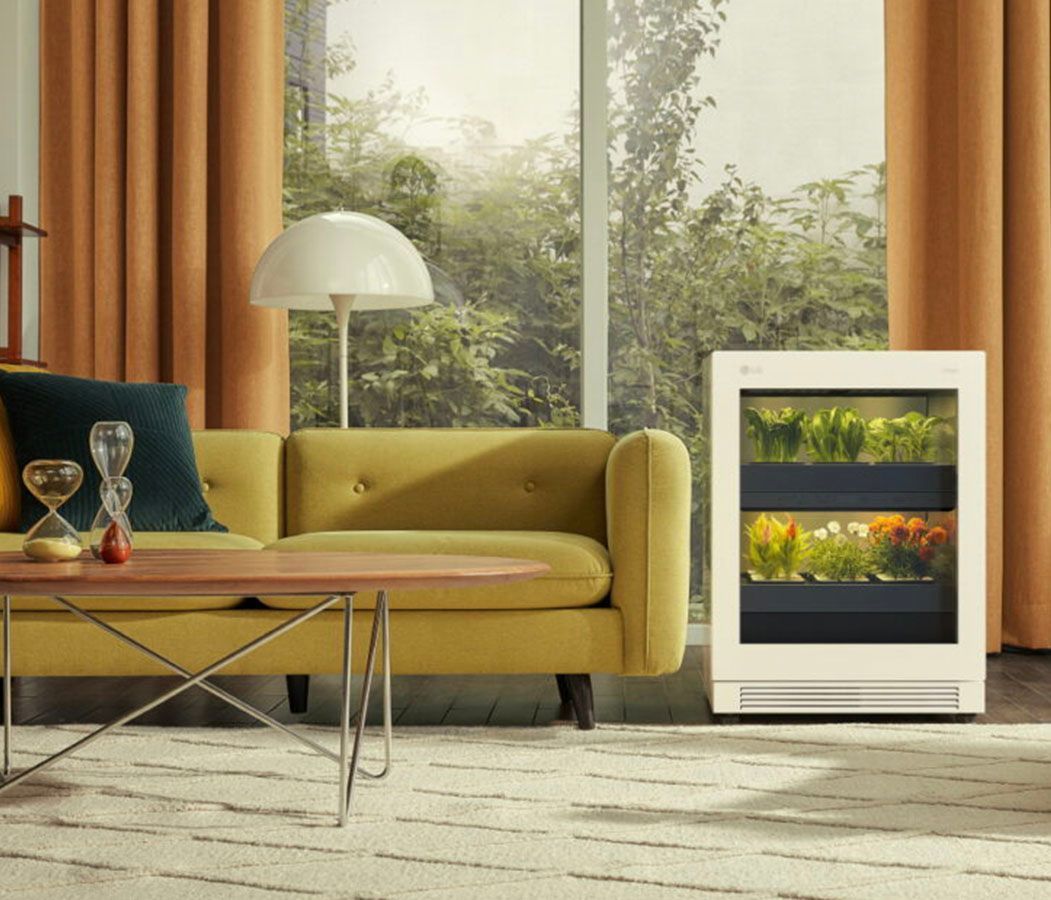 LG showcased a number of new devices, including Tiiun (which means “to sprout” in Korean), an indoor smart garden that lets you grow greens all year round. How’s that for local food?

Tech and the e-waste problem

Tech can make our lives easier, but the impact that devices have on the planet certainly needs to be acknowledged. The amount of electronic waste, or “e-waste,” dumped in 2021 totaled 57.4 million tons, and on average just over 17 percent of e-waste is actually recycled.

Most of our devices are still made from plastic due to its durability and affordability. Additionally, they run on lithium-ion batteries. The problem is that lithium mining has been linked to human rights violations as well as air, water, and soil pollution. Activists have called for more due diligence in the battery industry and some promising green alternatives are being explored in labs across the globe.

At this year’s CES, two tech giants made notable announcements addressing these very problems. LG showed up with a booth constructed entirely of upcycled, recycled, and recyclable materials and made a number of pledges, including the use of up to 600,000 tons of recycled plastic in its manufacturing process. It also aims to recover up to 8 million tons of e-waste by 2030. Samsung announced that its Carbon Trust-certified memory chips helped cut its CO2 emissions by nearly 700,000 tons last year. In the coming years, the company aims to introduce more recycled materials into its products, such as its mobile and home appliances. It will also incorporate more recycled materials into its packaging.

The changes may sound small considering the sheer scale of the global e-waste problem, but even baby steps count as progress and we should acknowledge that it’s possible to celebrate small, positive changes while pushing for regulations that will hold the industry accountable for its environmental impact.

Kat writes about susainable food, fashion, and food technology. They have a BA in Cinema and Culture Studies from Stony Brook University.

Wed Jan 12 , 2022
VANCOUVER, BC, Jan. 11, 2022 /CNW/ – Principal Technologies Inc. (the “Company”) (TSXV:  PTEC.P), which is focused on building a diverse portfolio of investments in healthcare technology companies, is pleased to announce a partnership with the Heart Team Education Association (“HTEA”). Headquartered in Zurich, the HTEA serves as a global multidisciplinary […]