Don’t let the phrase “full-self driving” fool you. It’s going to be a while before drivers can let their Tesla do all the driving. We went for a ride with Kelowna driver Benton Calder, who’s among the small group of Tesla owners who have the latest technology installed. “Just yesterday […]

It’s going to be a while before drivers can let their Tesla do all the driving.

We went for a ride with Kelowna driver Benton Calder, who’s among the small group of Tesla owners who have the latest technology installed.

But he’s quick to point out that it’s not fully autonomous.

At least not yet.

“It will do a lot of driving for you, but it is just a driver assistance program,” he said. “You do need to be attentive and ready to take over at any time.”

Calder said calling it “self-driving” is a misnomer, but it’s a step toward what will eventually be a fully self-driving vehicle.

“There’s been many times already that I’ve had to just grab the wheel or hit the brakes slightly and take over myself,” said Calder.

“And Tesla tells you that as they give you the software,” he added.

Still, he’s been enjoying the process of testing it out. 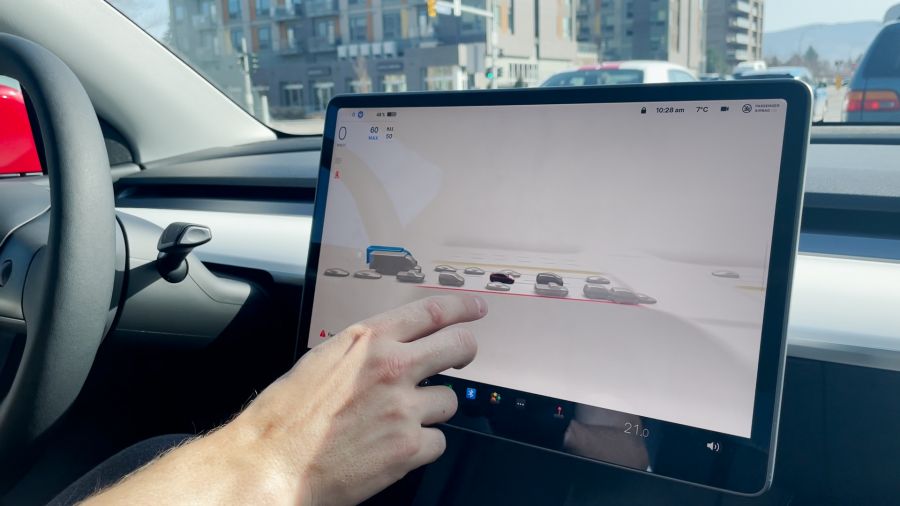 Every time he feels the need to take control, he can just hit a button, and the circumstances can be recorded and sent to Tesla.

“So that in two weeks time, when they do the next update, it will hopefully learn from that.”

So the select few drivers with this technology are, in effect, test driving for the company.

“They’re taking all of the information from the car,” Calder explained. 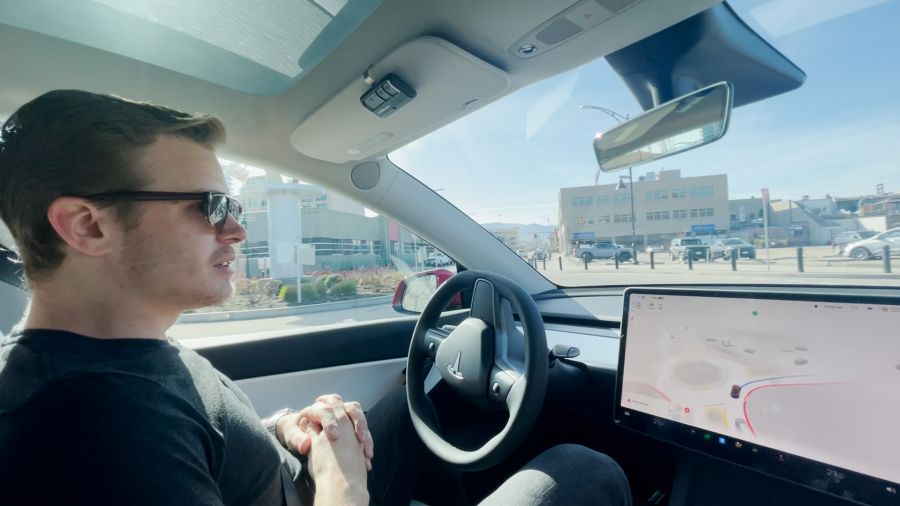 “And they pipe that into their machine-learning neural network algorithms, which is a fancy bunch of buzzwords and fancy words, but what that means is they’re learning from the fleet of vehicles that are out there today that are doing the autonomous driving and figuring out how to solve this really hard problem.”

To earn the right to be part of this “fleet”, Calder not only had to pay $10,000 for the software, but he had to prove he was a safe driver.

“They have been monitoring my driving for about a month and they monitor things like hard-braking, aggressive turning, how far of a distance I follow people and stuff like that.”

Some of the glitches have been a bit of an eye-opener, but he’s enjoying the ride.

“It’s been really exciting,” said Calder. “The thing I find really cool is at intersections taking left turns, it can see the advancing green arrow, or it will wait for the proper time to go.” 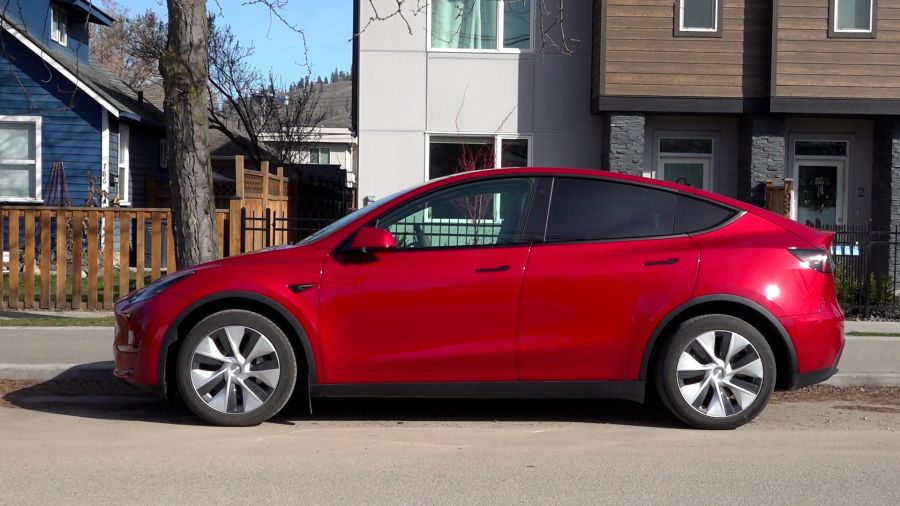 The system is impressive in many ways, but it clearly needs work.

A lot of work.

During the course of our test drive, we witnessed the technology stopping unnecessarily at roundabouts, swinging incorrectly into the far lane on a one-way street, stopping too far away from intersections, incorrectly driving on a bike lane and even driving against a red light.

“I think it will be really good for society,” he said. “I think drinking and driving will go down.”

And the car keeps tabs on the driver for signs of distracted driving too.

“It actually watches the driver’s eyes and it can tell if the driver is looking down, if they’re on a phone, if they’re not paying attention and it will disengage the autonomous program.” 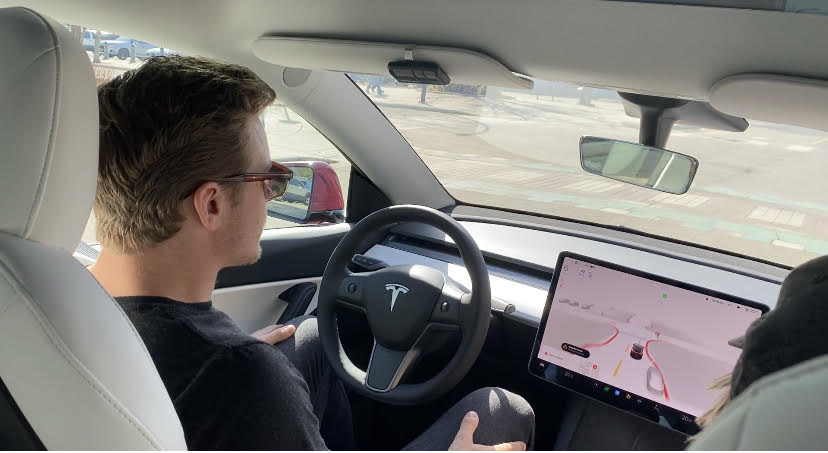 As for true “fully autonomous” vehicles, Calder believes it will come, but don’t hold your breath.

“I think that’s still decades off,” he said.

In the meantime, if you see him in his red Tesla, it’s likely the technology that’s guiding his car, but don’t worry.

Calder is ready to take control when necessary.

Support local journalism by clicking here to make a one-time contribution or by subscribing for a small monthly fee. We appreciate your consideration and any contribution you can provide.