In the South-eastern tip of Portofino, nestled between the shimmering Mediterranean and the lush greenery of the Parco Regionale di Portofino, sits Splendido, the jewel of the Italian Riviera. Perched in the hills, overlooking the shimmering Portofino Bay and the rugged cliffs and turquoise coves of Tigullio, the hotel, part […]

In the South-eastern tip of Portofino, nestled between the shimmering Mediterranean and the lush greenery of the Parco Regionale di Portofino, sits Splendido, the jewel of the Italian Riviera. Perched in the hills, overlooking the shimmering Portofino Bay and the rugged cliffs and turquoise coves of Tigullio, the hotel, part of luxury hospitality pioneers Belmond, has long attracted a galaxy of stars from royalty to Hollywood celebrities.

No less than the likes of Charlie Chaplin, Walt Disney and Grace Kelly have graced the rustic halls of the restored 16th century monastery. But the iconic hotel is going even further in creature comfort offerings this summer. Splendido has teamed up with Dior to transform the hotel’s marvellous tiered garden terraces into a pop-up spa, named Jardin des Rêves Dior, or the Dior Garden of Dreams.

The garden is decked out in rattan furniture adorned with the eye catching, iconic Dior floral motif, the Toile de Jouy ‒ with a small twist. Artistic Director for Dior Women’s collections Maria Grazia Chiuri reinterpreted the design by giving it a green hue to match the Splendidoʼs natural environment.

Central to the Jardin des Rêves Dior are the two spa gazebos. The treatment menu here features signature face and body treatments using Dior skincare products. Exclusive to the spa is the Dior Bronze Signature Massage, which primes the skin for tanning under the Mediterranean sun.

These are our favourite kinds of collaborations ‒ where the ikigai of design, brand marketing and consumer experience overlap seamlessly to create something truly memorable. For Splendido, it is an opportunity to continue giving world-class luxury hospitality to its esteemed guests.

In a sea of luxury hotels vying for the patronage of summer vacationers, they showed, through this partnership, that they remain relevant in the eyes of the powers that be in high fashion and popular culture. 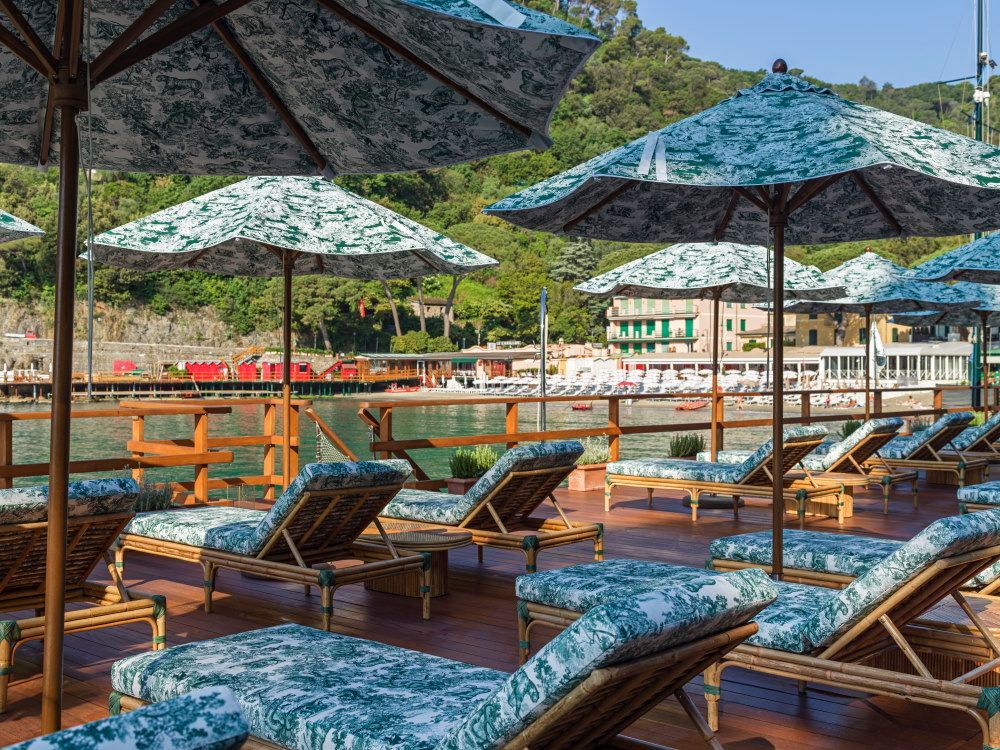 For Dior, it is the perfect opportunity to transcend its new Dioriviera collection from scents and beach couture to a tangible deluxe lifestyle experience. It is also the perfect reminder to awed onlookers that Dior has always been about so much more than just haute couture.

The spa experience will run until 30 September 2022. But Dior’s presence in the Italian Riviera doesn’t end there. Just over a kilometre north of Splendido is Bagni Fiore, a tranquil beach paradise boasting clear waters and magnificent panoramas of the sea. There, upon its pristine white sands, Dior has set up a pop-up spa cabin and a concept store ‒ all decked out in the Toile de Jouy, no less.

The spa cabin will be a continuation of the Jardin des Rêves Dior experience, while the concept store will showcase Chiuri’s women’s summer creations, including the aforementioned Dioriviera capsule. Men’s pieces, including prêt-à-porter menswear, bags, shoes and seasonal accessories such as sunglasses, are also available. 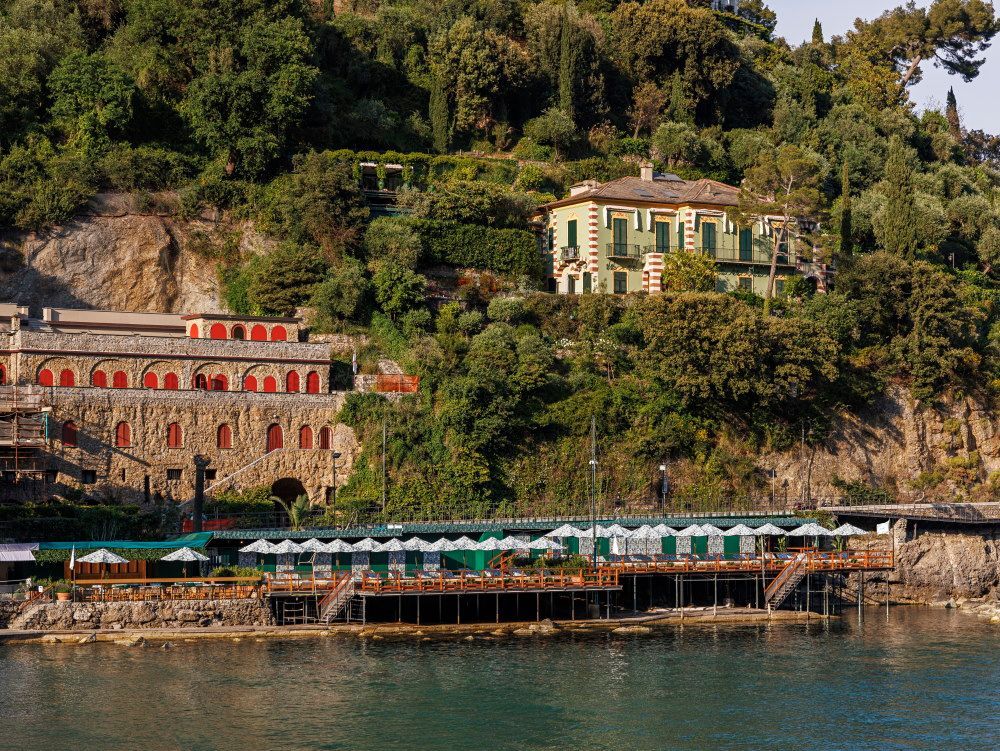 It is worth noting that they are designed by the Artistic Director of Dior men’s collection, Kim Jones ‒ the very same former Louis Vuitton Style Director who, as Dior’s then new Creative Director, designed the impeccable suit worn by David Beckham at Prince Harry and Meghan Markle’s wedding in 2018.

This summer is truly an exciting time for a villeggiatura in the Italian Riviera. With Italy more confidently putting Covid-19 behind it, Portofino music festivals such as the Valle Christi Festival and the Palco sul Mare are coming back stronger than ever. We’ve already seen growing turnouts at the Concorso dʼEleganza Villa dʼEste in Lake Como, the annual event celebrating rare and vintage luxury cars.

But none of that compares to the luxuriant creature comforts promised by the collaboration between Splendido and Dior. This one doesn’t have to be just for the missus. We highly recommend you fulfil your dreams at the Jardin des Rêves as well.

For more information on the Dior pop-up spa at Splendido, please visit Belmond.com

Mon Aug 1 , 2022
Beyonce’s new album Renaissance is also a fashionable affair This past weekend saw the highly anticipated release of Beyonce’s seventh studio album entitled Renaissance — the first solo album in six years. A contrast to the more introspective mood of her 2016 release Lemonade, this latest season of Beyonce is a […] 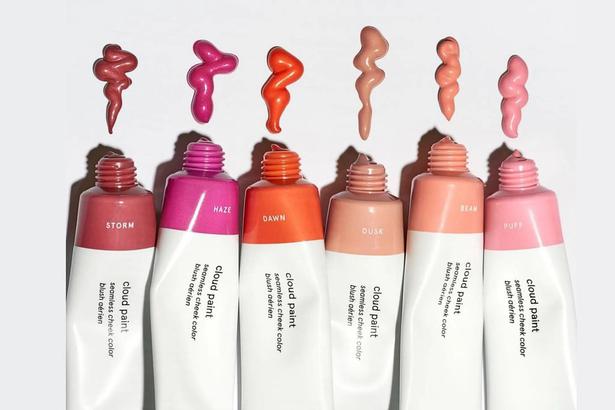