The 2021 Convention on Exchange of Overseas Talents and the 23rd Guangzhou Convention of Overseas Chinese Scholars in Science and Technology (hereinafter referred to as “OCS 2021”), which was hosted by the Ministry of Education, Western Returned Scholars Association (Overseas-educated Scholars Association of China), and Guangzhou Municipal People’s Government, was held on December 17.

Guangzhou, capital of Guangdong province, is making efforts to accelerate its construction as a city of scientific and technological innovation with global influence.

With the China-Singapore Guangzhou Knowledge City and Nansha Science City in Guangzhou, the city plans to form a scientific and technological innovation axis and become the core engine of an international science and technology innovation center in the Guangdong-Hong Kong-Macao Greater Bay Area, said Wang Guilin, director of Guangzhou Municipal Science and Technology Bureau.

Last year, Guangzhou spent 77.48 billion yuan ($12.2 billion) on research and development, which is doubles that of 2015. Among them, the basic research investment reached 11 billion yuan, accounting for 14.2 percent of the total. The percentage is a record and significantly higher than the national average figure, at 6 percent.

Wang said that Guangzhou will continue to expand R&D investment during the 14th Five-Year Plan (2021-25) and improve the investment structure for better performance.

The two national platforms are Guangzhou Laboratory, which has made important progress in COVID-19 scientific research, and the National Technology Innovation Center of the Bay Area, which focuses on integrated circuits and key software, intelligent manufacturing and equipment.

The two major research projects are a cold-seep seafloor ecosystem research device and a human cell spectrum research facility, which are both listed in the 14th Five-Year Plan.

Guangzhou also has many high-level science and technology innovation platforms, including the Advanced Display Technology Innovation Center, Bioland Laboratory and other provincial laboratories.

Wang said that to further promote the development of high-tech companies, the Guangzhou government will provide financial support. Priority will be given to those that attempt to solve major industrial bottlenecks. The city will offer up to 10 million yuan to approved projects.

The government will also improve science and technology financing and encourage 23 cooperative banks to offer loans to small and medium-sized enterprises in the city that are included in the credit risk compensation fund pool.

The local government will establish a market-based merger and acquisition fund for technology enterprises with a total scale of 20 billion yuan.

According to Wang, Guangzhou will support leading high-tech companies to build more than 30 high-level research institutes, guide enterprises to strengthen intellectual property protection in independent research and development, and increase the number of high-value patent applications.

In the meantime, the city released a three-year action plan (2021-23) to boost the high-quality development of artificial intelligence.

By 2023, the city is expected to rank among the best nationwide in the AI sector and establish an innovative and coordinated industrial chain. To attract more foreign professionals, Guangzhou will improve the talent green card and chief service officer system.

Tue Dec 28 , 2021
New manufacturing opportunities are expected to create 133 million jobs in the next four years due to the Fourth Industrial Revolution (4IR), but an estimated 75 million jobs are likely to be lost to technology development at the same time. Manufacturers must prioritise their people and their technology to thrive […] 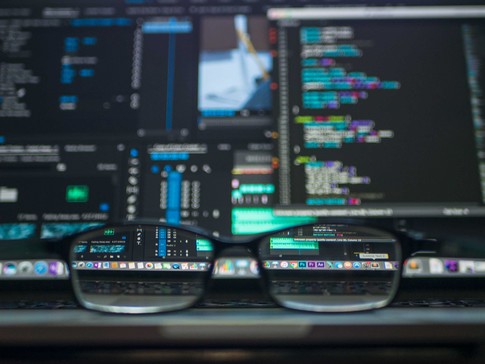