In a message to Russian scientists and engineers to abandon Vladimir Putin’s Russia, the Biden administration has proposed an immigration measure to offer highly educated Russians a better chance at permanent residence and a new life in America. If the measure becomes law, experts expect Putin to be unhappy at the prospect of losing so much talent.

Background: After Russia invaded Ukraine, tens of thousands of Russian scientists and engineers left the country. Many sought temporary respites in other countries, such as Georgia, while weighing their options. Those unable to find a permanent place to live and work are likely to return to Russia.

“In a sign that Russia fears a brain drain as a result of the war, the government last month [in March 2022] exempted young workers in the technology sector from compulsory military service, offering them advantageous mortgage rates, and freeing IT [information technology] companies from income tax and inspections, as well as granting them access to cheap loans,” according to the Financial Times.

What Does the Immigration Measure Do? In a letter to the House on April 28, 2022, the Biden administration included a measure on Russian scientists and engineers as part of requested legislation for the FY 2022 emergency supplemental funding for Ukraine. “This authority would help the United States attract and retain Russian STEM [science, technology, engineering and math] talent and undercut Russia’s innovative potential, benefiting U.S. national security,” according to the administration’s description of the provision.

The measure would eliminate the need for Russians with a master’s or doctoral degree in a STEM field to obtain an employer sponsor or be placed in backlogs for permanent residence (green cards). It would require adjudication within 90 days if possible, taking into account the need for security assessments. The measure would end after four years (unless Congress later extended it).

As a technical matter, the proposed legislation is necessary to attract Russian scientists and engineers because H-1B status would be impossible for them to obtain except at an employer exempt from the numerical limit (such as a university), while other parts of the U.S. immigration system are unlikely to be available for them. U.S. Citizenship and Immigration Services (USCIS) announced in April it received nearly 400,000 more H-1B registrations than available H-1B petitions for FY 2023.

Here is the legislative text of the provision:

“(D) Notwithstanding subparagraph (B), the requirements of subparagraph (A) that an alien’s services in the sciences, arts, professions, or business be sought by an employer in the United States shall not apply to aliens (and the parents, spouses, and children of such aliens if accompanying or following to join) who—

“(i) are citizens of Russia;

“(b) ADJUDICATION AND VETTING.—Petitions and applications submitted under this section should be adjudicated expeditiously, as appropriate, within 90 days upon submission of all required documents, and should receive a timely adjudication, as appropriate, including any necessary steps to complete a security or fraud assessment of the applicant.

“(d) TERMINATION.—The authority of subsection (a) shall terminate 4 years after the date of enactment of this Act.”

What Will Vladimir Putin Think?: Gleb Yushin, an engineering and materials professor at Georgia Tech who graduated with a B.A. in physics from the Polytechnic Institute in Saint Petersburg, Russia, applauded the U.S. initiative to offer a streamlined path to permanent residence for Russian scientists and engineers. “I think it is an outstanding strategic move to benefit the United States and weaken Putin’s authoritarian regime,” he said in an interview. “The smartest and most creative scientists and engineers cannot prosper in a country that severely restricts their freedom and values natural resources more than people’s abilities to innovate.”

“It will be challenging for Putin to counter this measure because restricting exit would ruin his support and reputation,” said Yushin, who cofounded Sila Nanotechnologies, a U.S. company valued today at more than $3 billion. “Issuing exit visas [as in the days of the Soviet Union] would make everyone want to leave even more. The reality is many talented and hardworking people are eager to immigrate, but they feel nobody would welcome them, particularly now. Scientists and engineers want to maximize their positive impact, and they know they have a much better chance of achieving that from abroad.”

Brian D. Taylor, a professor of political science at Syracuse University, agrees with Yushin. “Some experts have estimated that hundreds of thousands of Russians have already left, including tens of thousands in the IT sector,” said Taylor in an interview. “If Russians with the right educational backgrounds will be able to emigrate to the U.S. without even finding an employment sponsor, that will look like an attractive option to many.”

He believes the situation would become even more precarious inside Russia should Vladimir Putin declare a general military mobilization for the populace. Taylor noted in an earlier interview that sanctions and the departure of large Western firms would limit economic opportunities for many Russians.

In his book The Code of Putinism, Taylor explained that in Russia, only about 27% of employed persons work in small and medium-sized businesses, compared to 60% to 80% of the workforce in the world’s 34 largest market economies. The reason? Corruption and a flawed legal system. He blames “raiding” in Russia, where “law enforcement instigates a trumped-up criminal case against a businessperson to deprive her of all or part of her business.”

The Biden administration’s immigration measure could be a strategic benefit and counter a key Russian claim—the idea that the whole world is against “Russians” rather than aligned against Vladimir Putin and the Russian government for its actions in Ukraine. “A significant portion of Russian propaganda channels portray Russian citizens as being treated unfairly in other countries,” said Gleb Yushin. “Welcoming Russian scientists and engineers would show exactly the opposite.”

Tue May 3 , 2022
Some Ulta shoppers are horrified by a careless mistake that seemed to unintentionally reference Kate Spade’s 2018 suicide in a marketing email. On Monday morning, beauty retailer Ulta sent out a sales email to subscribers with the subject like: ‘Come hang with Kate Spade.’ Though it was no doubt unintentional, […] 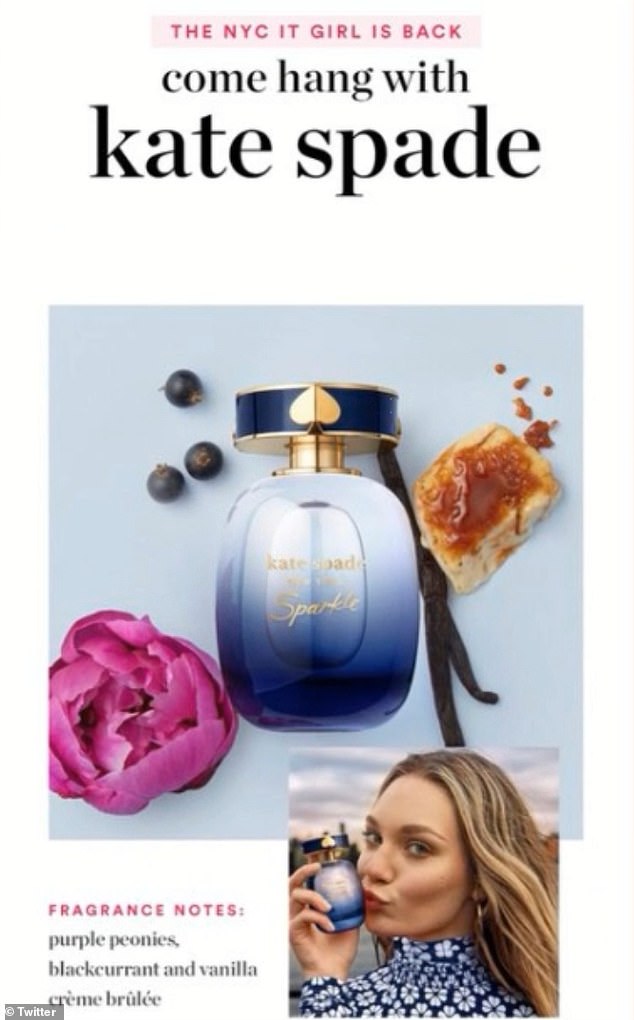