The B.C. government has launched an action plan to try to fill the million jobs projected to open up in the province over the next decade. Premier John Horgan and Minister of Jobs Ravi Kahlon presented a long-term road map titled StrongerBC: A Plan for Today, a Vision for Tomorrow, during […]

The B.C. government has launched an action plan to try to fill the million jobs projected to open up in the province over the next decade.

Premier John Horgan and Minister of Jobs Ravi Kahlon presented a long-term road map titled StrongerBC: A Plan for Today, a Vision for Tomorrow, during a news event Thursday.

The 40-page report details investments in skills training, which include a new Trades and Technology Complex at the B.C. Institute of Technology (BCIT).

That complex — with a price tag of nearly $137 million — is expected to be an education hub for more than 20 trades and technology programs housed in four new buildings.

According to the jobs ministry, the new development will benefit more than 12,000 full- and part-time BCIT students per year in more than 20 trades and technology programs.

“The plan is to ensure that our economic success continues for the long term and we’ll have again people at the centre of it, so that all British Columbians can benefit from our natural abundance, as well as our innovative economy and our dynamic population,” the premier said.

It is also expected to help meet the demand for an estimated 85,000 jobs in trades over the next 10 years.

Andrew Mercier, parliamentary secretary for skills training, called the complex a “generational investment” that will create 600 jobs during its construction and a space to train thousands of trade apprentices in the years to come.

“This is more than a building,” said Mercier.

Construction is expected to begin in 2023 with a campus services building, mass timber carpentry pavilion and marine covered workshop slated for completion by the winter 2025, according to the Advanced Education Ministry. The trades and technology centre is expected to be finished in 2027.

The latest labour market outlook for B.C. shows nearly 80 per cent of job openings over the next decade will require some level of post-secondary education, reflecting the changing nature of the economy.

The outlook, released Feb. 7 by the provincial government, says of the one million job vacancies opening up in the next 10 years, about 63 per cent of those are replacing people who retire.

The remaining 37 per cent of jobs will be created by economic growth and the COVID-19 pandemic recovery, said a news release from the Ministry of Jobs.

The outlook shows the health care, social assistance and education sectors are expected to generate some of the largest employment in services such as counselling, child protection and community housing.

Science and technology jobs will also be in high demand, as will openings in skilled trades ranging from cooks and mechanics to construction workers and hair stylists.

The provincial government estimates there will be up to 85,000 openings in skilled trades over the next decade and is seeking to modernize the Crown agency responsible for training workers in the trades sector.

Minister of Advanced Education and Skills Training Anne Kang said earlier this week new legislation being introduced aims to create an agency that would focus on supporting and training apprentices.

Kang said the new agency’s role would focus on overseeing the skills training requirements for apprentice and journeyperson workers in 10 trades, including industrial electricians, heavy duty equipment technicians and gasfitters.

She said skills training requirements for the trades in B.C. were eliminated in 2003 but making them a requirement provides workers with recognized credentials that benefit employers and employees.

Kang said under the new certification program, which could start later this year, workers would have at least one year to register for apprenticeship programs or take an exam to get certified.

In a news release, the government says it is also working to connect all B.C. communities to high-speed internet to help business expansion.

Fri Feb 18 , 2022
What GAO Found Federal agencies use a variety of information technologies (IT) to manage their use of radio-frequency spectrum. The William M. (Mac) Thornberry National Defense Authorization Act for Fiscal Year 2021 (FY21 NDAA) required the National Telecommunications and Information Administration (NTIA) and covered agencies to develop plans to modernize […] 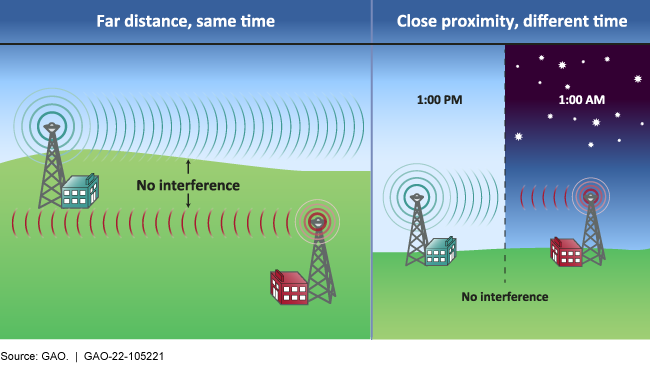