Kathryn Bowen was in her small, Toronto studio on Nov. 3 stressing about the garments she had yet to make for her upcoming fall collection, when she looked at her phone — and there it was: The text that could, quite literally, transform her overnight, from a guest at North […]

Kathryn Bowen was in her small, Toronto studio on Nov. 3 stressing about the garments she had yet to make for her upcoming fall collection, when she looked at her phone — and there it was: The text that could, quite literally, transform her overnight, from a guest at North America’s biggest fashion party to the belle of the entire ball.

“Can you make three dresses for Kim in two weeks?” it read.

The text was sent from a friend who had a friend on the KKW Fragrance marketing team. The “Kim” was Kim Kardashian.

Since April, Bowen had been trying to get her clothes — boob-plumping, waist-cinching corsets and dresses that look like they’ve got more boning than a salmon, but wear like comfy, power-mesh pyjamas, she says — in front of Kardashian West, undoubtedly one of the globe’s most ubiquitous celebrities right now.

“We knew she’d like it,” Bowen says of KKW, “because our stuff looks like what she wears.”

But even though she was hopeful the A-lister’s eyeballs would grace her sexy and see-through designs, Bowen says, she never, in a million years, thought anything would come of it.

And then pigs flew.

Bowen, who works near Bathurst and Dupont in Toronto, was given just two weeks to produce three unique outfits for the ebony-haired siren to wear in the promotional photos for this month’s launch of KKW Fragrance’s new perfume called Jeff Leatham II (a “trio of rich, floral and decadent scents,” according to its website). It’s named for the beloved French designer who collaborated with KKW on the product — in at least one of the shots, he is depicted placing a white flower on KKW’s bare shoulder.

Now, after a busy 14 days in the fall — and two exciting, sleepless nights in Los Angeles for fitting and alterations — the photos are out and Kardashian West is sucked, tucked and, quite literally, sewn into Bowen’s bespoke garments. Since becoming associated with KWW, Bowen’s already snagged two deals; one with Nordstrom in Canada and the U.S. and the other with Ssense, one of the biggest online retailers in the world. Come spring, we’ll all be able to buy versions of the KKW outfits — corsets for about $500 and dresses for just over $1,000 — in stores near us. The spring capsule collection is made entirely of mesh, Bowen says, with corset details and sexy layering.”

And, she says, it will also include some sexy basics, like trousers and other “classic wardrobe staples reinvented” in the transparent fabric. Bowen says Kardashian West solved the see-through problem by wearing Skims, her lingerie-disrupting shapewear, beneath it for the shoot.

Bowen’s recent exposure is a testament to the power of celebrity, says Brad Poulos, entrepreneurship lecturer at Ryerson’s Ted Rogers School of Management.

“If you want to get big quick, you need something like this,” he says.

While lots of businesses grow over time and become successful, a celebrity endorsement is “excellent” for drumming up awareness and buzz for your brand, he says. And often, it doesn’t need to be a someone as big as KKW, he says, it could be an influencer in the right niche, a blogger. But there are pitfalls, he says.

With cancel culture these days, everyone could be just one step away from doing something that ruins their reputation and, then, your brand’s.

“People are always capable of getting themselves in trouble so this is not without its risks,” Poulos says. “Then you have to think about what that association is going to mean.”

As well, he says, hype is only one part of making the sale and brings no guarantees, he says. The questions is always: “Does it create customers?”

In getting struck by this bolt of Kardashian-shaped lightning, Langdon says, Bowen joins other fashion up-and-comers whose careers have been helped up and along by celebrities. Earlier this year, Toronto designer Sid Neigum, she says, sold out of his purple patent leather coat after KKW’s half sister Kylie Jenner wore it on Instagram.

Social media, Langdon says, has been a game changer for fashion designers to get noticed. Before Instagram and Facebook, et. al., she says, they would have to fight to get their clothes into fashion shows around the world and in front of big fashion houses and celebrities. And even then, she says, it was a long-shot to get the right eyeballs on your brand.

Now, fashion designers can find and tag in a post the stylists of celebrities they want to wear their clothes and bam! That could be the ticket.

“There used to be six degrees of separation,” Langdon says. “Now, it’s more like one degree. You can be shopping from the comfort of your bedroom and be discovering new brands. You don’t have to travel.”

There’s no question that, like all industries, Canadian fashion has suffered during COVID, Langdon says, and the scene is “quiet.” There are no in-person events. No parties. But the industry is far from dead, she says, especially since digital events have been a boon.

Earlier this year, she says, TFI showcased the work of 14 emerging clothing brands in a digital space and nearly half of them got deals with major retailers around the globe, generating a collective $1 million in wholesale sales.

The interest in Bowen’s clothes is yet another example of how much talent there is in this country, says Langdon, especially since brands like Louis Vuitton, Gucci and Fendi are practically throwing themselves at people like Kardashian West.

“Why did she choose a Canadian designer? Because the design is good,” Langdon says. “Because it’s innovative. It’s exciting. It merits attention.”

Bowen, who studied fashion design in London, England and interned for Marc Jacobs in New York, is crossing her fingers that she gets more. A little while ago — prelaunch — Kardashian tagged Bowen in one post, but the focus remained on the dress and fragrance. But now that the product and pictures are out, Bowen is getting a lot of what she calls “celebrity stylist reach-out for potential projects” and a lot of DM requests about her work.

She’s crossing her fingers that one stylist in particular sees her clothes —and likes what she sees. FKA Twigs, an alternative artist and dancer, is from London, England, and Bowen says she’s be thrilled to design costumes for her.

“I’ve been working really hard,” Bowen says. “But it’s an exciting time and I am so grateful for this opportunity.”

Anyone can read Conversations, but to contribute, you should be registered Torstar account holder. If you do not yet have a Torstar account, you can create one now (it is free)

Conversations are opinions of our readers and are subject to the Code of Conduct. The Star does not endorse these opinions.

Tue Feb 1 , 2022
Monday marks Ontario’s much-anticipated entry into the first phase of its new reopening plan following nearly four weeks of another round of business closures and other firm lockdown restrictions, and while owners and patrons of bars, restaurants, gyms and more are rejoicing, there are some businesses that are still wondering if […] 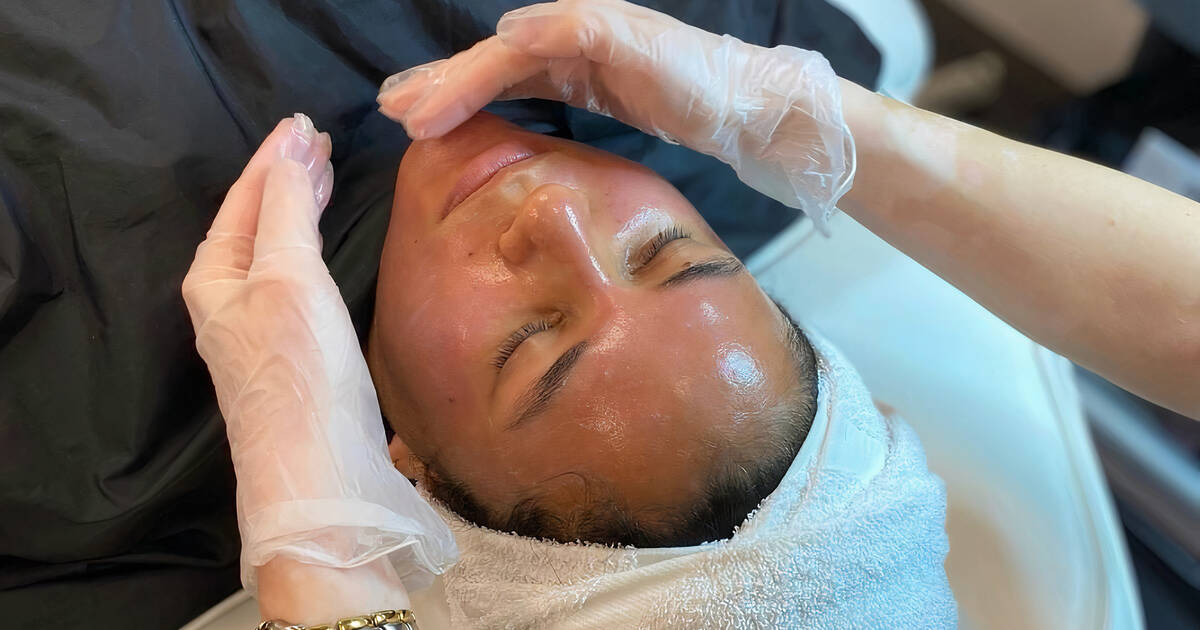