The makeup artist speaks to Document about six of her standout runway looks Isamaya Ffrench is an artist first, and a makeup artist second. With a background in product design, her work transcends norms, beauty standards, and the everyday definition of makeup altogether. Often existing in the realms of fantasy, […]

Isamaya Ffrench is an artist first, and a makeup artist second. With a background in product design, her work transcends norms, beauty standards, and the everyday definition of makeup altogether. Often existing in the realms of fantasy, it’s sometimes dreamlike, sometimes nightmarish, and sometimes both at once. Her creative vision is matched only by her technical skill.

It was my second show for Mr. Yamamoto and, as ever, the look was part-fantasy, part-statement. With Eugene Souleiman, he had come up with a vision of hair almost floating around white, bendy wire structures. I wanted to complement that spirit with free-handed white brushstrokes applied very lightly in a sweep from the forehead to the eye, on one side of the face only, which I did using Mac Chromacake. 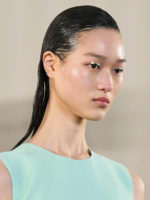 I love working with Giambattista, who always goes for a very creative, beautiful makeup look. This season, he had this vision of the most extreme, fresh look: as if the models had been drenched in a rain shower just before stepping on the catwalk—as if reborn! It required several thick layers of glow creams and mists, and a holographic liner sticker to add a bit of definition above the eye. 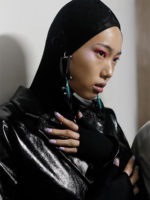 The lineup of models for POSTER GIRL’s debut show was the perfect metaphor for the label’s cult-like status—sexy, edgy, and fluid. For this show, we wanted to unify everyone somehow, so we chose a rectangular creamy eyelid. The color was chosen on a face-to-face basis to complement each girl’s eye color or skin tone or outfit. We completed the skin with an iridescent highlighter on the cheekbones, to make it extra special. 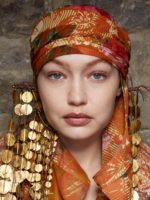 It’s always about casting in the Westwood family. It’s great to go the extra mile with creative makeup, but sometimes it’s equally as cool to just let the characters speak for themselves. We went for clean, dewy skin on everyone, and chose a couple of stronger looks for certain outfits: a bright red lipstick, heavy stacks of mascara, a stained lip on pale skin, or beautiful earth tone eyeshadows from the new Byredo Flora Kalahari palette. 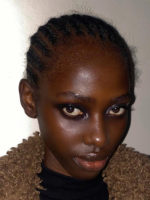 It was my first time working with Eli Mizrahi—the Lebanese designer behind Mônot—who’s creating the sexiest dresses for a chic night out. We were introduced by Carine Roitfeld, and we very much went for variations of her signature look here: dark grungy eyes and a nude lip, enhancing features to make everyone look their best. 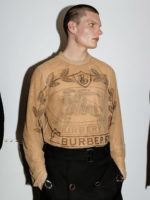 I love the casting for Burberry Men’s shows. It’s much more focused on talents than models, which encourages people to be confident in themselves, their strongest features, their attitude. We did a clean, fresh skin and added a bit of edge with bleached elements: hair and eyebrows on a couple guys, a mustache or beard on some others. They didn’t need much else to look very cool!

Sun Mar 27 , 2022
DUBLIN–(BUSINESS WIRE)–The “Global Lecture Capture Systems Market 2022-2026” report has been added to ResearchAndMarkets.com’s offering. The publisher has been monitoring the lecture capture systems market and it is poised to grow by $8.72 billion during 2022-2026, progressing at a CAGR of 23.7% during the forecast period. This report on the […]