In the past few years, the fashion world has offered up a lot more unisex clothing than we’ve seen in generations, rejecting the notion of a strict divide between two genders. But until now, a lot of these forays into genderless fashion have been notably subdued and shapeless, featuring neutral colours […]

In the past few years, the fashion world has offered up a lot more unisex clothing than we’ve seen in generations, rejecting the notion of a strict divide between two genders.

But until now, a lot of these forays into genderless fashion have been notably subdued and shapeless, featuring neutral colours and boxy silhouettes.

Alok Vaid-Menon, the author, artist and activist behind the #DeGenderFashion movement, says a truly gender-fluid approach to dressing could allow room for a much more expressive, flexible and even flamboyant wardrobe.

“Gender-free is not actually about … the death of fashion. It’s about the renaissance of it,” said Vaid-Menon, who lives in New York City and uses the pronouns they/them. “When we remove this stringent idea of ‘Am I making clothes for men or women?’ we begin to actually dwell on the fabrics, the colours, the sense, the feeling, the affect that often gets lost when we’re just regurgitating gender stereotypes.”

The author of several books, including Beyond the Gender Binary, Vaid-Menon told Tapestry host Mary Hynes that what our culture considers feminine or masculine “comes from the particular point of view of Euro-American people in the Western world.” But that’s not the only perspective out there.

“I grew up with men who wore so many different vibrant colours, who had different accessories, even men who wore skirts,” said Vaid-Menon, whose parents are Punjabi from India and Malayali from Malaysia.

With designers working to disrupt fashion’s gender binaries and prominent celebrities challenging those in highly visible ways — such as Billy Porter walking the Oscars red carpet in a velvet gown or Harry Styles wearing a dress on the cover of Vogue — fashion insiders say the time may be ripe for broader acceptance of gender-fluid fashion.

Just this month, the Canadian women’s magazine Chatelaine, which has been publishing for 93 years, featured Vivek Shraya, a genderqueer writer, musician and University of Calgary professor, in a fashion spread of femme-presenting outfits.

Experiments in the drag scene

Vaid-Menon said their own experiments challenging typical gender divides in dressing began on the drag scene.

“I came up sort of as a stage performer, where because of traditions of drag in this country, it was socially permissible for me to experiment with gender and fashion.

“But then I was just having so much fun on stage — like probably more fun getting ready than actually performing. And I was like, why am I denying myself this joy just to being on stage, when I could dress like this every day everywhere I go?”

During a year when Vaid-Menon only wore skirts in public, it became clear to them that the public was far more comfortable with their attire in the context of art or performance. “But when it’s next to you on a train or walking in the street, people are so uncomfortable.”

Vaid-Menon said that it was during the 19th century that Western society saw more gender segregation in fashion. “Things like lace or makeup or wigs or heels became seen as feminine and a thing like a suit became seen as masculine. And what’s so strange is that was relatively recent in human history. And yet people [now] can’t imagine anything outside of it.”

In North America as recently as the 1960s, Vaid-Menon said police would use a loosely defined “three-article rule,” under which people could be arrested for wearing fewer than three clothing items associated with their assigned gender. Essentially, it was fine to dress up for a drag performance, but not to wear women’s underwear.

Jonathan Walford, director and curator of the Fashion History Museum in Cambridge, Ont., argues that there was subtle gender differentiation in wardrobes even going back to ancient times — expressed, for example, in the different ways men and women would tie their robes, kimonos or kilts.

But those differences became “hugely obvious” in the 19th century, when women were wearing two-metre-wide crinolines.

Those gender divisions were less noticeable in the 18th century, which Walford describes as “a very feminine century” in Europe, where “everyone was wearing a lot of lace and powdered hair.”

Achieving the ‘truest sense of self’

Harry Styles and Billy Porter are not the first public figures to challenge fashion’s gender binaries in contemporary times. Artists such as Boy George, David Bowie and Prince made highly visible challenges to masculine dressing norms with their experimental and avant-garde approaches to makeup and apparel.

Today, a new cohort of designers is working to expand what everyday people can wear.

Mic Carter is a genderqueer Toronto fashion designer who creates collections for his company L’uomo Strano in creative spurts during breaks from teaching Grade 5 and 6. He said his main objective is to use clothing to empower non-binary folks, including male-identified but femme-presenting people like himself, to “feel like their truest sense of self.”

Carter describes his products as a fanciful set of garments that can be wardrobe staples without stripping away markers of gender.

“When I started the L’uomo Strano, there were rumblings of androgyny or gender-neutral fashion, but often what that would look like would be kind of these sort of boxy, drab, uniform things, offerings that really kind of gesture towards the masculine side of gender-neutralness. And that was not what I was looking for. I was looking for sequins and sparkles and, at times, like a well-placed ruffle.”Carter’s work includes a lot of custom design that caters to an individual’s particular desire to express gender through clothing.

It’s a natural extension of the fashion world he was introduced to as a child, first through the sewing chops of the grandmother and aunts they would visit in Barbados, who made “dresses for everyone who needed one.”

WATCH | Mic Carter explains his design in this video provided by Ryerson University:

He said his parents were resourceful in their embrace of “vintage before it was cool,” taking their kids to second-hand stores to assemble a “sartorial identity.” It was a good foundation for him later as a queer youth who would subvert the uniform guidelines at his strict Christian private school.

“One year I had this very large kind of camo hat that felt very, you know, Parisienne. I would, like, pull it over one eye. It was quite cute,” said Carter, who launched Ryerson University School of Fashion’s first non-binary fashion design course in 2018.

“I also played baseball for a bit, [although] I could never catch at all. But they did give us these very cute three-quarter-length T-shirts. And I would wear those underneath my uniform to add a little pop and pizzazz.”

Carter said that while he has always been comfortable standing out from the crowd, an androgynous approach to genderless fashion can feel safer.

“I think if you see someone who is tall and male-presenting, but wearing something that is a little bit more flamboyant, the attention that one can attract can be not the most positive. It can be, at times, quite dangerous,” he said.

By contrast, a more drab, amorphous style of gender-fluid dressing is “more palatable” to the general public, Carter said.

It’s also less risky as a business venture, said Walford. “I think you’re going to reach a larger audience by being a little more conservative with how you do it.”

That said, Walford notes the world has come a long way since 1988, when his partner caused a stir while working at the department store Simpsons for getting an earring.

“He went out on his lunch hour, he got a little stud earring and came back and was told to take it out or he would be fired. And he was fired.”

Mon Jan 10 , 2022
Predictions have been thrown off balance due to Covid-19 in the past two years. The year 2020 was one of the most unpredictable as the pandemic continued raging on. On the other hand, this was a blessing in disguise for gaming companies that had a record year. People played games […] 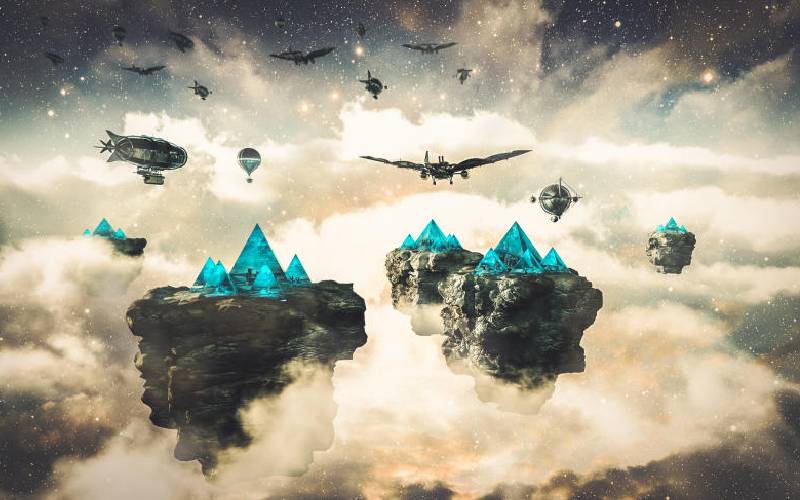