An investment in knowledge pays the best interest, said the man whose face graces the $100 bill. So far, that hasn’t been the case for investors in education technology companies. Chegg, the seller of a $19.95-a-month study pack subscription for college students, saw its market capitalization cut in half in […]

An investment in knowledge pays the best interest, said the man whose face graces the $100 bill. So far, that hasn’t been the case for investors in education technology companies.

Chegg, the seller of a $19.95-a-month study pack subscription for college students, saw its market capitalization cut in half in November after it reported a surprising drop in subscriber numbers during the third quarter. Subscriber numbers quickly rebounded—Chegg’s executives think Covid fatigue prompted students to postpone coursework—but its shares haven’t, down by two-thirds compared with a year earlier. Online course platforms Coursera and Udemy are down 51% and 42%, respectively, since their market debuts in 2021.

The pandemic’s disruption of in-person classes made it easier for these companies to sell their products as search interest for “online courses” soared in 2020. Chegg saw eye-popping revenue growth of 57% in 2020, which decelerated to a still-respectable 8% in 2021. Both Udemy and Coursera saw growth exceed 55% in 2020, followed by slowdowns in 2021. Udemy said in an earnings call Wednesday that revenue grew 21% last year. Analysts polled by FactSet estimate that Coursera had growth of 40%.

The pandemic probably did pull forward some demand, but there was already a growing market for these services. Chegg’s revenue grew by 28% in 2019, for example. And the sad reality: The poorer the prospects for traditional learning institutions, the better the education technology companies’ futures look.

In many ways, conditions had been worsening for higher education well before the pandemic. College enrollment, for example, has declined every year since 2011. There are about 3 million fewer students enrolled in U.S. two-year or four-year institutions today than there were 10 years ago, according to data from the National Student Clearinghouse. A declining birthrate is partly to blame, but so is the fact that tuition has risen so quickly. After adjusting for inflation, the cost of tuition, fees, and room and board at public institutions rose 28% in the 10 years ending in the 2018- 2019 academic year, while for private colleges it rose 19%.

For Coursera and Udemy, declining enrollment opens up access for students who might be looking for more affordable degrees, especially ones that lead to job-based skills. Coursera, for example, offers bachelor’s and master’s degrees for less than $20,000. Chegg has been trying to expand in that direction, having bought coding boot camp provider Thinkful in 2019. Another tailwind for Udemy, which is trying to expand its business offerings, has come from a tight job market in which companies that can’t find external candidates look to re-skill their employees. Burnt-out teachers, many of whom are leaving traditional posts, might also help platforms attract top talent.

The picture is more mixed for Chegg, which does need college students to pay for its services. Yet, even while enrollment has slowed, the need for help likely won’t as colleges keep facing funding cuts, leading to fewer resources for students. Chegg had about 6 million subscribers in the U.S. last year, some 35% of the total college population. Its recent success among international students means its growth runway now looks longer.

One looming concern for Chegg has been that its study packs, which offer homework help from online tutors, have allowed students to cheat. That is a real risk if it leads institutions to ban Chegg. Last month, Chegg announced the launch of “Honor Shield,” which allows professors to pre-submit exam questions that would prevent them from being answered during a certain period. Even so, the concern itself highlights how underserved some students and professors are.

“A bigger reason professors don’t like Chegg is that they can’t re-use a lot of tests,” said Jason Celino, equity research analyst at KeyBanc Capital Markets. “And many of them are underpaid for what they’re asked to do.” He remains bullish on the education technology sector.

Those are far from the only gripes the traditional academic establishment has with education technology companies, but they could well turn their gentleman’s C with stock investors into a dean’s list appearance.

* Thank you for subscribing to our newsletter.

Sat Feb 12 , 2022
N eed to (last-minute) sort something special for your S.O. this Valentine’s? In the name of love, Team ES has done the hard work for you and sought out London’s swankiest spas offering perfect pampering packages for the two of you to hunker down and spend some quality time. From […] 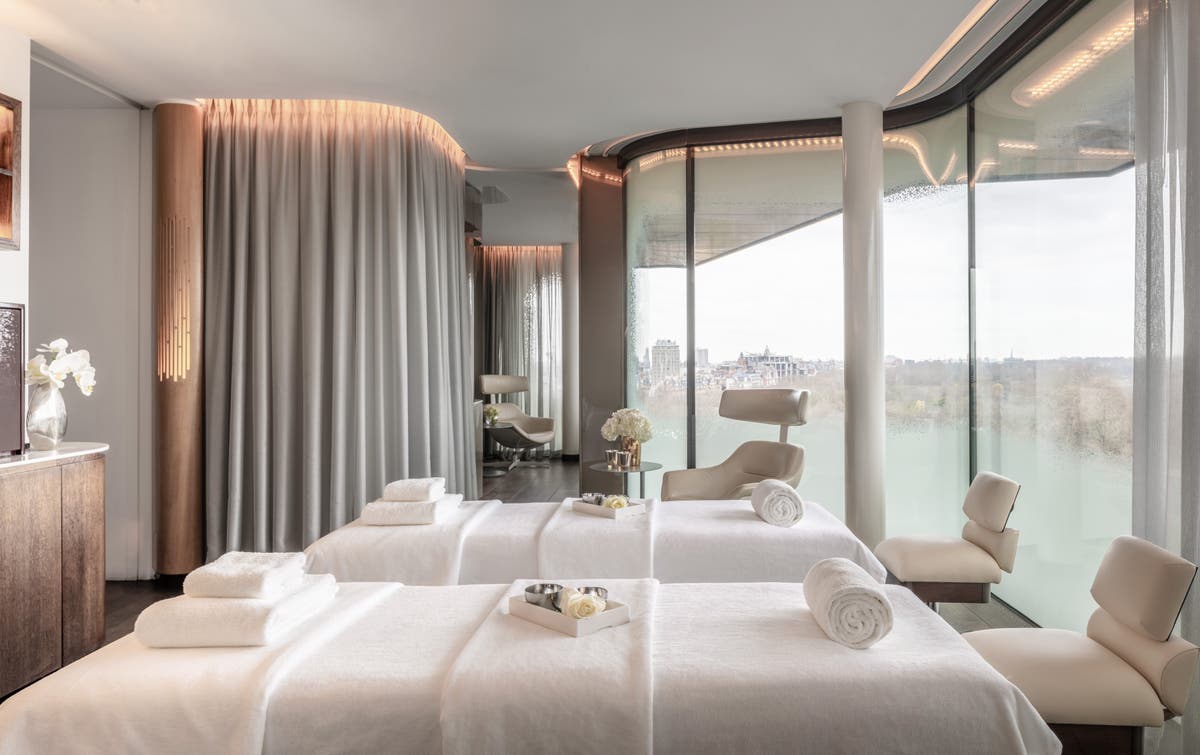