Artist News Brands & Merch Business News Legal By Chris Cooke | Published on Friday 25 February 2022 It turns out that Jay-Z may as yet get millions of dollars in allegedly unpaid royalties from the perfume company he collaborated with back in 2013. That collaboration resulted in a lacklustre […]

It turns out that Jay-Z may as yet get millions of dollars in allegedly unpaid royalties from the perfume company he collaborated with back in 2013.

That collaboration resulted in a lacklustre perfume product but some eventful and at times entertaining litigation. Fragrance firm Parlux sued Jay-Z in 2016 alleging that the rapper failed to fulfil his commitments to promote the Gold Jay-Z perfume brand, ultimately resulting in millions of dollars in losses.

There were plenty of twists and turns in the resulting legal battle as the Jay-Z side tried to prevent Parlux’s lawyers from getting access to the rapper’s work diary, while also objecting to the recording of a deposition. Meanwhile, Parlux hit out when it turned out that Jay-Z’s team had deleted a stack of emails that might have been relevant to the case. And along the way the rapper countersued for the allegedly unpaid royalties.

The whole thing reached trial last year with Jay-Z taking to the witness stand and sparring in an entertaining fashion with Parlux’s lawyer. The jury ultimately ruled that Jay-Z wasn’t liable to pay $68 million in damages to his former business partner because of the alleged failings to meet his promotional commitments. However, they also ruled that Parlux didn’t owe the rapper millions in unpaid royalties.

But that wasn’t the end of the dispute. Earlier in the case the judge overseeing the litigation had made some rulings in relation to motions filed by both sides seeking summary judgements in their favour. Both plaintiffs and defendants appealed those rulings and that appeal was still going through the motions even as the main case got to court.

The judges leading on said appeal decided that last year’s jury ruling didn’t making the specific things they were considering any less important. In a footnote in their ruling this week, the judges said: “Shortly after oral argument of this appeal, the parties proceeded to trial. The parties have not alerted us as to the outcome of the trial; however, based on our review of public court records, a verdict was rendered”.

“Additionally, the public court records disclose that the parties are presently engaged in post-trial motion practice”, they added. “No party has suggested to us that this appeal has been rendered moot, and, given our conclusion that certain summary relief is warranted (ie judgment as a matter of law), we conclude that the appeal is not moot”.

And so, having concluded that the appeal was definitely not moot, the judges ruled on the disputes over the earlier lower court rulings in relation to the summary judgement motions. There were a number of aspects to all that, each of which was discussed in this week’s appeal ruling.

But the most important part relates to Jay-Z’s argument he is due unpaid royalties, an argument not accepted by the jury. But, the appeal judges reckon, Jay-Z is owed some cash.

“Defendants are correct that they are entitled to summary judgment on that aspect of their counterclaim premised on plaintiffs’ failure to pay royalties required under articles eight and nine of the licence agreement”, the judges stated in their ruling. “The record is clear: Parlux sold licensed products after 31 Jul 2015, but failed to pay royalties on those sales”.

So that’s all lovely, isn’t it? For Jay-Z. Though everything suggests this dispute is far from over.

Sat Feb 26 , 2022
STATEN ISLAND, N.Y. — As an advanced practice nurse with more than 20 years of experience in all areas of medicine — from pediatrics to geriatrics — Dr. Chikodiri Gibson said she firmly believes in the connection between beauty and wellness. So after two decades of practicing a very holistic […] 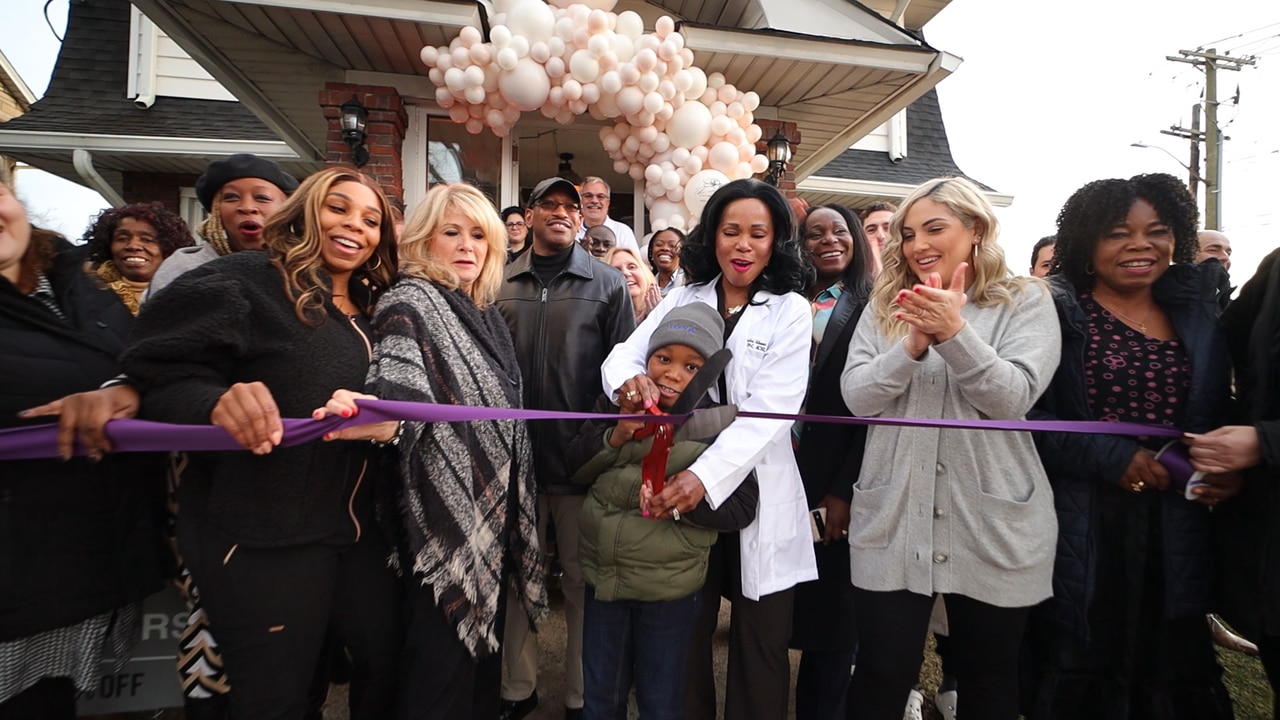